one alley at a time. 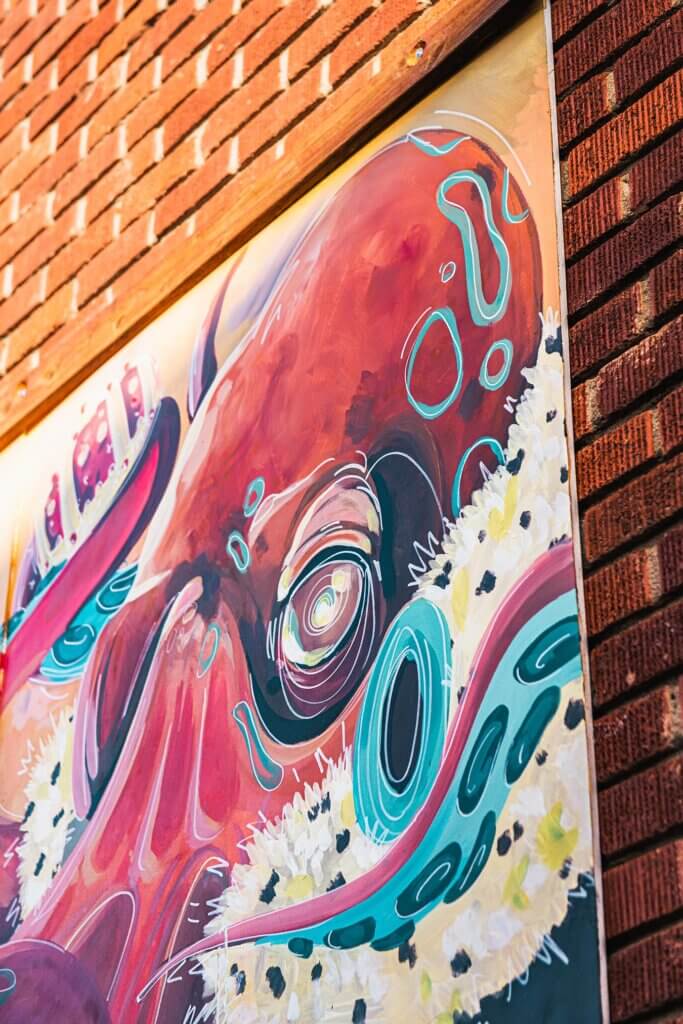 We believe that art should be for all and by all. Our team of volunteers engages with local artists and Downtown Escondido property owners, providing both public art and outdoor gallery spaces for the enjoyment of residents and visitors of Escondido alike.

Will you be part of the movement?

The Esco Alley Art team is working earnestly on identifying potential properties for our next mural phases, as well as organizing artists for our upcoming projects.

Have a good lead on either prospective walls or artists? Email us by clicking the button below.

We’ve been working hard all year bringing 33 murals to Downtown Escondido, with our 2021 season centering on the alley south of Grand Avenue between Broadway and Maple Street.

Come visit us and make an afternoon out of it, enjoying not only the murals but our wonderful restaurants, breweries, and shops along Grand Avenue!

Know any Downtown Escondido property owners with wallspace that would make for a perfect outdoor gallery? We’re currently evaluating potential sites for our 2022 mural season and would love for interested property owners to email our site coordination team at art@escoalleyart.com.

Kazuaki Uehara was born on the Ishigaki Island of Okinawa, Japan, and moved to Tokyo as a young child. He immigrated to the United States after finishing high school, finding his first employment in the USA at a Japanese restaurant. After 20 years in the restaurant industry, Kazu pivoted to his career as an artist, initially starting with portrait sketches of Disneyland visitors and gradually transitioning into oil, pastel, and charcoal work.

Kazu believes that the pursuit of truth is a fundamental purpose in life, and this philosophy is expressed in his painting, especially in how he seeks to truthfully represent his portrait subjects.

Esco Alley Art exists because of our wonderful artists. Apply today to participate in our next round of murals.

Calling all artists!!⁠ Apply today at our websit

We love getting to now see the last third of this

Do you know any property owners downtown that coul

Today's the day! Come join us for our free, open-t

A ⁠close-up of Kazuaki Uehara, our October Artis

We're excited to feature our first Artist of the M

We've been busy designing away and are excited to

Would you consider donating to Esco Alley Art to b

One of our hardworking committee members preparing

Escondido is for artists.

Esco Alley Art exists because of our wonderful artists. Apply today to participate in our next round of murals.

We so appreciate your generosity.